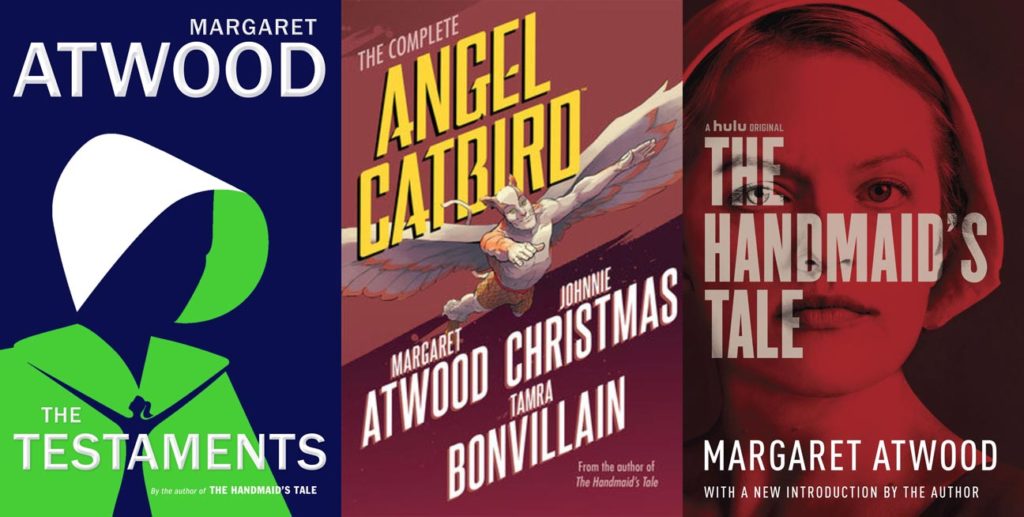 We know what that means… HALLOWEEN is almost here!

Excuse my yelling. This is my favorite holiday, as it is for a lot of you, so next month I’ll have something very special to share as my treat to you all.

But, back to business…

So, I finished up that short film I’ve been working on and was getting ready to unleash on the public, when a certain condition in an agreement I have in the works has me putting it aside for a bit. However, it also inspired a crazy idea. I ran it past my associates, and they agreed it would play into what we are planning…

I’m going to take this film and turn it into three linked films. The link is the fun part. All three will have the same title but be filmed in three different genres. I’ve already arranged to get the next two done before the first of the year. I promise this project will be game changing. I never do anything that doesn’t take me into uncharted and original territory and allows me to bring y’all along as crew.

This month brings other news, too. I’ve been messing with an idea for a new literary fiction series over the summer. It will be an international project that will be fully illustrated, but will be a whole new genre in writing. Action, adventure, villainy and romance are front stage, but the background is based in some ancient sciences.

I’ve got lots to do and so I’m going to cut this newsletter short, but I’m also going to go out with a bang.

No shit, there I was minding my own business… and I got to spend some time with Margaret Atwood, author of The Handmaid’s Tale.

In my time on this mudball in space, I’ve taken on many careers. As a writer, you always need to have something to fall back on in between successes. Royalty checks like fame can be fleeting.

My time in FM radio taught me audio tech skills, which I’ve used in work as a stagehand. A few years ago, the American Library Association needed an audio tech with a background in comic book and pop culture fiction to manage the A/V for the Association’s comic venue. It was an amazing few days as many noted writers and artists were there to be panelists for the attending librarians. My job was also to make sure the audience were set up to ask questions, keep them on stage cues and get them the visuals they needed as well. It also made them comfortable to have “one of their own” minding the store as it were.

The guests included several big names including Ms. Atwood. To me, she is the top of the list. She was one of the original modern-era dystopian writers and I admit to being a fan of that style. She came in with some folks from Dark Horse comics as she was doing a superhero graphic novel named, Angel Catbird.

It turned out she was huge fan of superhero comics. When another indie pro stopped on her way out to thank me for my work, she asked me what was going on with the recently completed Bubba film. Ms. Atwood was listening and asked me about it now, as well. I told what I’d done taking my comic to film, and she looked at me with a sparkle in her eyes (And trust me, those eyes sparkle!) and congratulated me. Then she added she was soon to have her work being taken to the screen. She couldn’t give me details, and I told her that I know about non-disclosures all too well and wished her the breaking of legs and so on.

Yeah, I was kind of told about The Handmaid’s Tale before it came to the public notice. As we waited for the room to fill, we talked about comic books, and she asked me what my favorites are. I told her I loved the Golden Age stuff the best and said that Plastic Man and his goofy side kick “Woozy Winks” were favorites, and I had some original issues. She smiled and asked me if I knew both characters’ origins. I told her one was a former gangster who had a Joker-like accident and gave him powers, while the other was a villain in the series originally, but his powers were like those of Baldr and Achilles. Nature protected him, and he was an unstoppable pain in the ass to any hero who crossed him.

She enjoyed that I appreciated that many of the old-school heroes and villains had mythological basis. I said that I knew the creators of several seminal DC heroes and that they were well-read and educated people.

We talked about Marie Severin, Ramona Fradon  (look them up!), and others dealing in a male-dominated business, but who able to go toe-to-toe with the “boys.” She said that was why she was enjoying doing Angel Catbird. We agreed that those early female pioneers paved the way for many women to enter the business on equal footing. We had couple of hours working together and we both parted and went our ways.

Over the last year, something called Comicsgate took place, and I only wish that we could have our discussion today. I know I would have ended it with, “Ms. Atwood, you think Angel Catbird would want to team up with a Redneck Werewolf and school a few bullies?”

Well, after all. It is September and school IS back in session.

Now, y’all be well, get your Halloween costumes ready and next month in honor of Bubba’s twenty second birthday I have something very special planned.