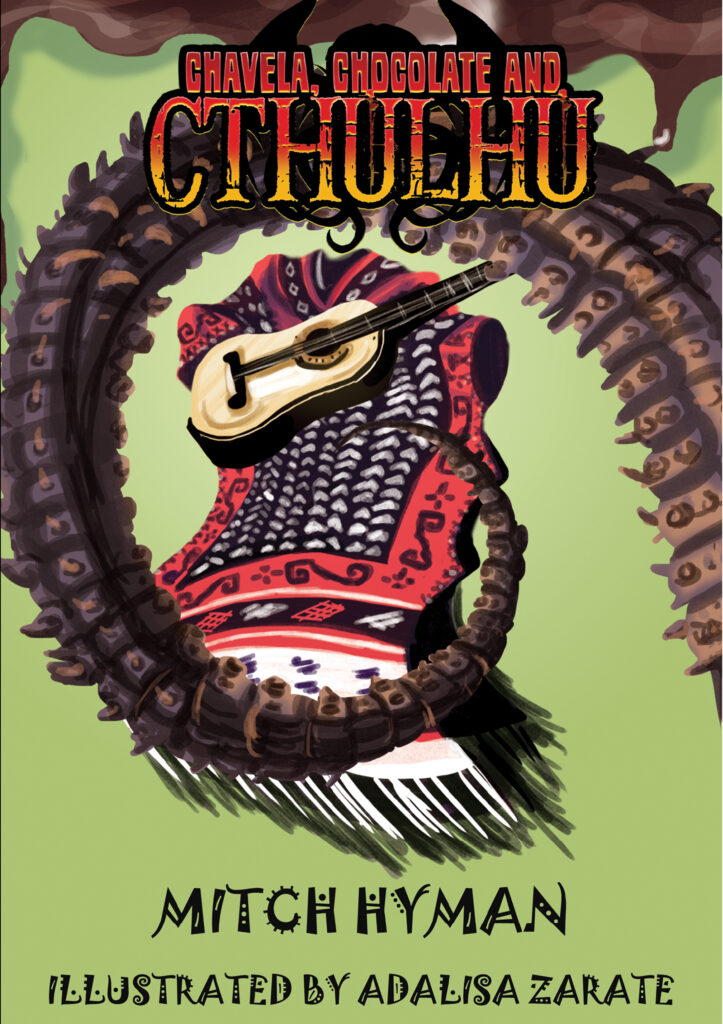 Two years ago, my dear friend Adalisa Zarate who lives in Mexico City, and I, began a noble experiment.

At the time, we were all in the midst of the global pandemic and so travel was not an option. Most of us wound up locked in or with limited ability to go farther than our towns or front yards.

We all began to find innovative ways to communicate and keep one another’s spirits up. We had Zoom meetings, Facebook Messenger and FaceTime. Tik Tok became the land of interpretive dance and other pretty cool ways to express ourselves to the world we no longer could physically travel.

We used these methods to cheer each other up. It was during one of these “support” sessions that Adalisa and I hit on what is now about to become something very special. I was working with Adalisa on a “Bubba” comic that is scheduled to be released only in Mexico. It is an exclusive to honor all the wonderful folks I’d met from there over the past few years who enjoyed my film and the comic book antics of the big hairy guy.

We were talking on FaceTime one afternoon and started discussing comedians of the past and present. We enjoyed and how comedy was the link between diverse cultures. I said Shakespeare had it right with the speech the money lender Shylock made when defending that even though he was from a different faith than most, he was still a human being with all the emotions and pain that every human feels. Ada and I both agreed that the arts were a binding force and through them cultures could learn to understand one another better.

We both talked about films, comics, books and music we both knew. We both liked Stephen King, Tolkien, Van Gogh, Sergio Aragones and so on. But it was when we got to talking about Mexican Wrestling that things really clicked.

I would talk about how I would watch the matches on Spanish language stations and even though my Spanish was poor to non-existent. I could enjoy the matches because it was all about the action and passion of the crowds just like in the USA.  I would watch WWE. It was all so “over the top”. It came at you with such force that not knowing the language did not interfere with the tableaus being played out. We began talking about telenovelas which are Mexican soap operas and how they were so over acted in both countries that again you didn’t have to be verse in the lexicon because the emotions were so clear.

By the way, I learned a lot of the Spanish I do know from those wrestling matches and the shows on Univision. It’s like how kids learn words from songs and TV shows they watched when small. You just picked things up by immersing yourself. Funny to note that there are several apps that can teach you other languages because they immerse you in the day-to-day conversation not just robotic repeating.

The conversation turned to music. I had been an FM DJ years ago. I worked at a jazz station for a few years that had a global music program where we would play music from everywhere. I was given the show as a specialty to do on Saturday nights and I would find out from all the countries I explored what groups or artists the most popular.  I found a lot of people doing “covers” of US hits and that was not what I wanted my audience to hear. I wanted them to take them to the places where people gathered to listen, dance, and celebrate their own unique artists.  Museums for years would have gallery showings of art from other cultures, and I wanted to showcase the music like it was a night of fun and learning at the museums and galleries.

To get back to the story here, I was talking to Ada about several musicians I liked from her country and spoke about the most soul wrenching song I ever heard and played a few times on the air by a person named Chavela Vargas. The song was the mournful but beautiful, “La Llorona”. I told Ada I had listeners who would request that other of her songs because of the amount of soul she put into them. You could not listen to any of them and not be moved.

Ada was not only familiar with Chavela, but was like a niece to her as Ada’s mother and Chavela were lovers.  So, what I learned about her from Ada and Ada’s mom let me know that if Chavela was still around, she would have gotten a big kick out of becoming an action hero. At a panel we did at SDCC ‘s 2021 November event, Ada was wearing the red sweater that Chavela had given to her “stepdaughter” to show her affection. Chavela Vargas was a pioneer of many positive societal things that today we hold dear and protect. Her life and experiences are fascinating. She touched so many lives of people that changed the world and some because they met her or supported her art.  I will not go into details here because you need to go explore on the internet and find her story and music and not just Wikipedia, make the effort to dig to the newspaper and other articles about this incredible woman. She was Frida Kahlo’s lover at one time and a major influence on many artists, writers, politicians and even some less savory folks in may parts of not only Mexican but global culture. She is a well-known music icon to those who are into such things.  Think Elvis Presley, Beyonce, Lady Gaga and others who are of legendary status in the music world.  Chavela like many celebrities also had another side besides performing.

She was an adventurer. She lived in a time where it was not only just unacceptable to be part of the LGBTQ community, but she lived in times where you could be arrested and prosecuted for it. She was a woman who wore men’s clothing, carried a gun and knives in the tradition of the notorious female rebels “the Adelitas”, and was as strong and independent as they.   She was a standard bearer for anyone not born where or how they were told to be but embraced that though passion and a great soul you could be whomever and wherever you wanted to be.  To put it simply, she was a hero for today that Ada and I agreed needed to be shown to the world.

And so, the noble experiment began. I was to write a story where Chavela became an action hero which if she had the opportunity of living in today’s world, she would be just that. I can picture piloting her own plane or sailing her own boat all over the planet. She would be getting into one crazy adventure after another and then going on stage after all the dust and smoke settled to sing the ballad of it to standing room only audiences and inspiring those who feel that they don’t belong could not only achieve that but to carve out their own section of the universe to be and live within.

Chavela, Chocolate and Cthulhu takes place in the year 1940. That was a pivotal year for the world in general but especially for two good neighbors who needed one another as both were starving and coming out of deep financial depressions. The US and Mexico had common needs and threats at the time and so a meeting between the two nations was arranged and it became more than just a political occasion as events unfolded that involved espionage, occult mayhem, ghostly intervention, and a romance that bloomed between two women who found more than just passion, they found purpose and acceptance.  Forgotten were the cultural and language differences and instead was spirit of cooperation to save their peoples from being crushed under the hells of fascist authoritarian boots coming from Europe and the way to a bright and prosperous future for the countries they loved.

Sound familiar? Sound like today’s headlines and news? Well, sorry to say not far off and sad that we are almost in that situation again. But the good news is that if we can learn to understand the lessons from then and like that money lender in an English play form almost 500 years ago, we all have damn good chance of understanding and working together to get fully into the light of a bright future. Yeah, I sound idealistic, but I’m only   relating a true and proven history where we did do just that and damn it, we can again.

The book will first be published in Mexico and if our dozens of test readers are any indication, the rest of  the planet will be reading and taking a roller coaster of a journey filled with Nazis, frenetic car chases, ghosts, combative elder gods and a romance that is both bitter and sweet that runs it’s true course as the tale is told.

Salud and cheers to you all from Ada, Chavela and myself!

See a lot of you soon at San Diego Comic Con 2022 where we are doing special panel about how our cultures can combine to do mighty things.